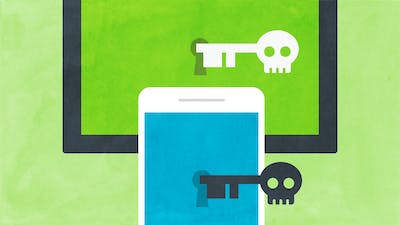 This time we take a look at how to improve security by not transmitting the user's auth token directly. Instead, we'll leverage HMAC SHA1 hashing with the provided client id. Doing this makes the response not directly useful. The client needs to use the client id and the agreed upon hashing algorithm to arrive at the common auth token.
#220 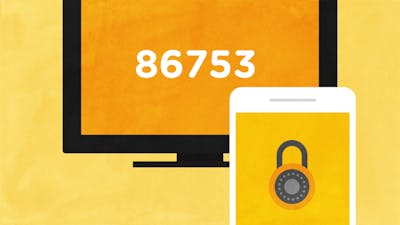 Typing a username and password on the Apple TV is cumbersome and annoying. For the NSScreencast TV app, I decided to implement a code-based authentication where you can easily log in on another device, type in the code, and have the device be logged in automatically. In this episode we'll go over how to implement this, starting with the server. This episode is done entirely in Ruby using the Sinatra web application framework, but the technique is applicable to any server side technology (including Swift!).
#219 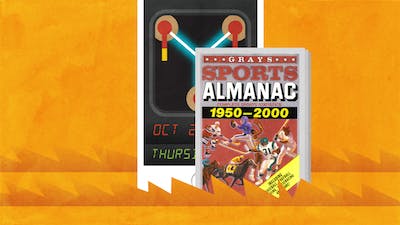 NSCalendar is a class that is easy to dismiss as standard, but is packed full of really useful functions. In this episode I talk about how I solved a problem using NSDateComponents, then came back and solved it in a much cleaner way using new methods on NSCalendar.
#218 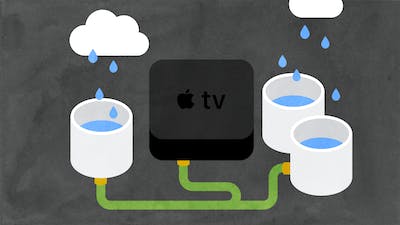 In this episode we continue our work on the Apple TV app for NSScreencast by adding a local cache of data we receive from the API. Doing so will allow us to have content immediately on launch without waiting for the network, and will also support client-side searching and filtering. Here we talk about how to set up Core Data with Swift and write a few quick tests using an in-memory store to verify that things are working.
#217 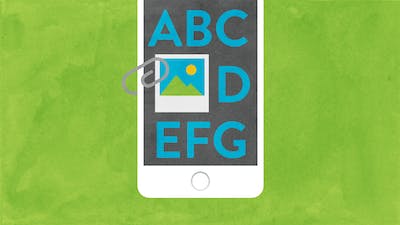 In this episode Sam shows us how to mix rich content such as images into a text view. Using Text attachments we can flow text around an image, select the image and delete or replace it, and more. Sam shows how to respond to layout changes and some advice on performance. Text Attachments are not for the faint of heart!
#216 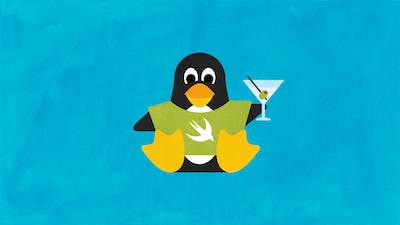 Running Swift on Linux is intriguing because it allows us to create web applications with Swift and host them on an inexpensive Linux VPS. In this episode we'll use Vagrant to create an Ubuntu virtual machine, install a working version of the Swift development snapshot, and write a tiny web application, complete with routing, parameter extraction, template rendering with Stencil, and JSON parsing. You'll learn about Swift Build, specifying version dependencies, and where to look for the source code.
#215 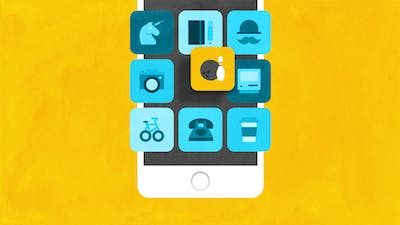 In this episode we add a custom drag behavior to reorder collection view cells. UICollectionViewController gives us some of this behavior, but to add transforms, shadows, and animation we'll have to implement our own.
#214 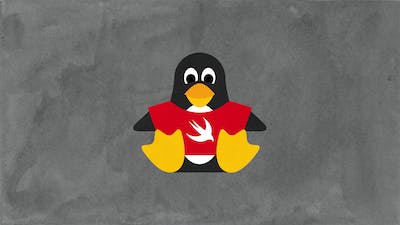 In this episode we talk a look at the cool new world of open source Swift! We'll use vagrant to spin up a Linux virtual machine, then install the latest Swift development snapshot and talk about running the Swift REPL and compiling programs on Linux. Using the latest development snapshot is not without its troubles, however, so you'll see how best to report bugs and/or look for workarounds. Enjoy!
#213

When doing release builds it is handy to automatically update the build number so we always have a unique version for reporting bugs. However it is not easy for testers to always know which version they are testing. In this episode we'll look at how to set up versioning for our project, automatically increment the versions number for release builds, and badge our application's icon so it is easy to see which version of the app you have installed.
#212 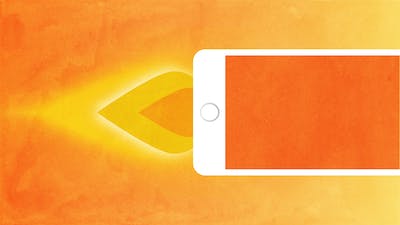 In this episode we set up fastlane to automate a lot of the tedious tasks related to building and deploying iOS applications. We use it to create our bundle identifier, create certificates and provisioning profiles, build and test our app, take screenshots on multiple devices, and submit to TestFlight.
#211 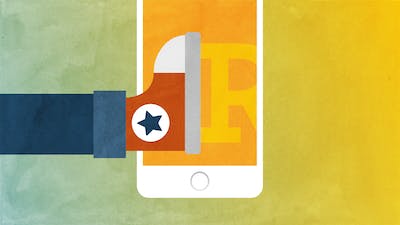 Sam joins us again to cover how to change text layout dynamically as you type. He will implement a feature common in Markdown editors where typing dash followed by a space indents the list. In the process you'll learn about more of the Text Kit API. If you've ever wondered what type of work goes into building a text editor, this episode is for you!
#210 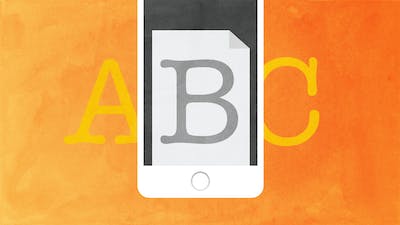 Continuing on from last time, we take our glyph layers and apply Core Animation, providing for some interesting effects including animating the stroke of each glyph path and applying a typing effect with transforms.
#209 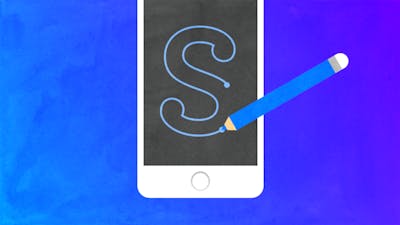 In this episode we dive deeper into the text system, leveraging CoreText to compute exact metrics about each glyph in a string. We can use this information to do interesting things with text. There's a lot of code in this one, but you'll learn the basic foundations of text, how CoreText works, and how to extract metrics and paths from your rendered text. We'll use this in a future episode to implement some interesting effects!
#208 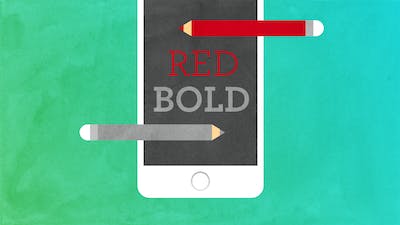 In this episode Sam Soffes joins us again to show how to implement some rudimentary syntax highlighting of text while you type using TextKit. This builds on the concepts we learned in episode 207, so start there first!
#207 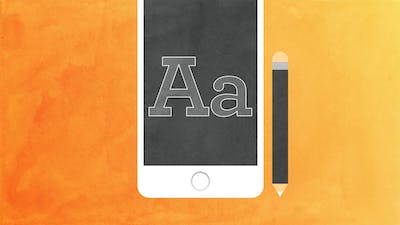 In this episode Sam Soffes walks us through the basic components of TextKit, a framework that allows complete control over the text layout and rendering system on iOS and OS X. TextKit is a complex topic, but with it brings a lot of power. This episode will cover the basics that we can build upon in future episodes.
#206 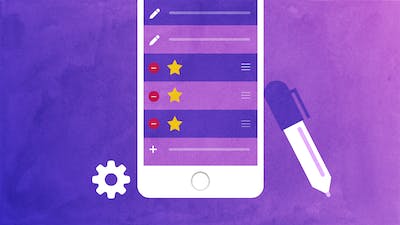 In this episode we continue with our Starcraft II Guide application, this time focusing on using a table view to edit a model. We leverage a cell with a text field, a cell to select data from another view controller, and a section that is only editable/reorderable with itself.
#205 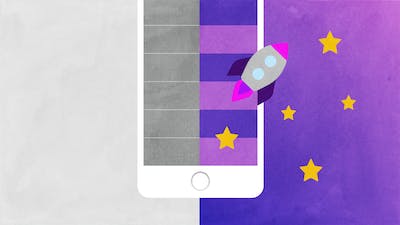 In this episode I take a stock UITableView and UINavigationController and customize their appearance to match a design for a Starcraft II companion app. We'll leverage Swift enums to capture colors & fonts so we can reuse them in multiple places. We will also utilize the UIAppearance API to style all instances of a UINavigationBar, and get rid of UITableViewCell's default separator indentation.
#204 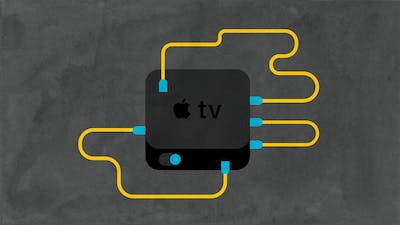 In this episode we start writing an application-specific API Client. We use Argo to decode our JSON response into an Episode model, including some nested object decoding, date formatting, and wrap it up by testing the implementation to make sure it works.
#203 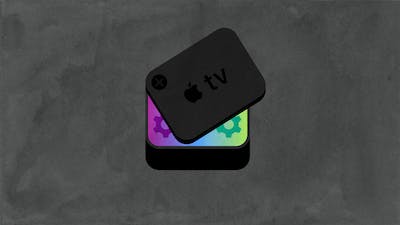 In this episode I start creating a reusable api client that will make it a lot easier to consume a JSON api and convert the response into model objects. It uses Argo for the JSON parsing, and leverages Swift features to provide a rich callback for the API calls.
#202 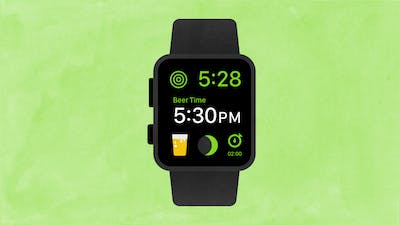 In this episode we are joined again by Conrad Stoll
#201 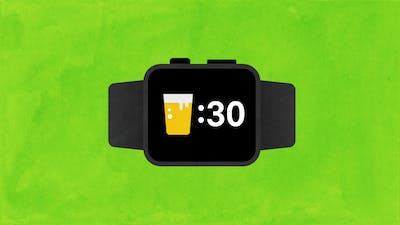 In this episode Conrad Stoll joins us once again to extend the watchOS 2 app to include glance, indicating to us when our beer will be ready. He leverages a new timer class that allows you to accurately display a countdown (or count up) timer that runs completely on the watch.
#200 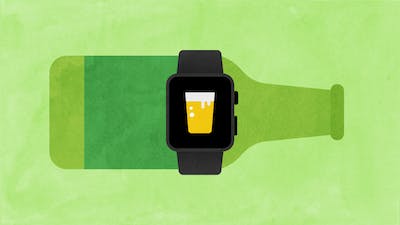 In this episode we are joined by Conrad Stoll who shows us how to build a watchOS 2 app to order beer. Data is synchronized from an iOS app, and the digital crown is used to make selections.
#199

In this episode we use Sketch to export top shelf artwork and layered icons for tvOS. We then preview the layered artwork using the Parallax Previewer tool. We then add these to our asset catalog in Xcode to add them to our application.
#198 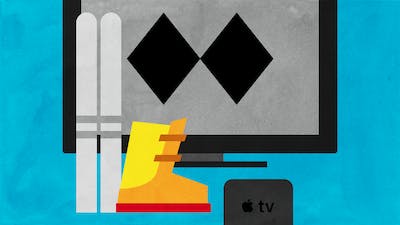 In this episode we start a new series on building the NSScreencast tvOS application. We'll start off by creating the Xcode project, initialize our Gemfile and Podfile for dependencies, as well as talk about a few ways of getting around issues where a 3rd party library doesn't indicate that it supports tvOS yet.