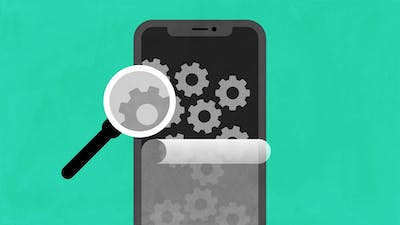 In this episode we show how you adopt the Unified Logging framework in code by using the OSLog type to define your log subsystems and categories, and how to use os_log to actually log events and messages.
#343

Introduction to the Unified Logging Framework

In this episode we will intercept and stub image requests to prevent our tests from making network calls when interacting with our view controller.
#341

Detect When Running Tests in Your AppDelegate

When running your unit tests, you may have noticed that your application continues to launch in the simulator. In this episode we'll talk about why that can be problematic and what you can do to mitigate this issue from interfering with your tests.
#340

We continue testing our view controller, this time focusing on the UITableViewDataSource implementation. Testing the number of rows returned is easy, but we can also test that the controller returns the appropriate cell and that its outlets are configured properly.
#339

Testing view controllers can sometimes be challenging. In this episode we will write some tests that verify a view controller loads its data properly from the API client. We will add additional tests to verify that a loading indicator is shown.
#338

XCTAssertion functions are a foundational part of your test suite but sometimes can be too low-level. You want to know exactly why a test failed, not that "2 was not less than 1." By extracting helper methods to do assertions for you, you can give groups of assertions meaning, and make it easier to reason about your tests and why they might be failing.
#337

When refactoring tests, you end up moving critical assertion logic outside of the test method. This can cause our tests to fail in the wrong spot. This becomes worse if multiple methods share test logic. When a test fails you want to know exactly where the failure occurred. By leveraging #file and #line expression literals we can move the failure back to where it should be, within the test method. We will also see how we can continue to use expectations outside of a test instance.
#336

How to Measure Test Coverage with XCTest

In this episode we look at Xcode's support for measuring Code Coverage, a term that describes how much of your code is exercised during a test run. Using this tool you can see where your deficiencies are and add tests as needed to cover more of your production code with tests.
#335

In this episode we implement OHHTTPStubs, a library that can be used to intercept and stub out network calls made with URLSession. Using this technique we can avoid hitting the network for our tests. We can also simulate different responses that are difficult or impractical to simulate in a real request.
#334

In this episode we talk about testing requests against a real API. For this we will build an app called CoinList that leverages the Crypto Compare API to fetch stats about crypto currencies.
#333

In this episode we cover the concept of expectations, which enables us to test asynchronous code, properly timing out and failing a test if the expectation is never fulfilled.
#332

In this episode we use mocks and stubs to setup collaborating objects to inspect the behaviors of tested objects.
#331

In this episode we go over examples of value based testing used for easily testable systems.
#330

Running your tests in Xcode Playgrounds can be a great way to get rapid feedback on your changes. It is a useful way of practicing testing and experimenting with APIs that you are not familiar with. In this episode we will see how to run the test suite and how to enhance the feedback we get by observing the test results as they are run.
#329

If you did not check the box "Include Unit Tests" when first creating your project (or perhaps you want to add a separate testing target), this screencast will show the steps of how to get it set up from scratch. It also covers how to set up a scheme dedicated to building your tests, and choosing which tests to run automatically.
#328

XCTest is a test framework built into Xcode. In this episode we'll see the mechanics of how this works, how your test bundle sits alongside your app in Xcode. We'll look at the structure of test cases, and the assertions we will use to verify behavior of our code.
#327

Swift 4 key paths allow us to refer to properties of Swift types in a dynamic way, enabling us to program against them without knowing the exact property in question. In this episode we will see how they are created, how they are used, and see examples of them in action with Key-Value Observing and Autolayout.
#325

In this episode we setup our Xcode preferences and themes.
#324

Setting Up a Ruby Development Environment

In this episode we install homebrew, a popular package manager. We use it to install Macvim and ruby. We also setup Postgres with Postgresapp.
#323

Setting Up Git and SSH

In this episode we configure git to identify our commits, set up a diffing & merging tool, and configure SSH so we can log into other machines securely.
#322

In this episode we configure iTerm’s keyboard behavior to match macOS to allow for quick jumping between words in the terminal.
#321

In this episode, we set up our dotfiles to customize aspects of bash, git, vim, and other terminal programs that are core to a good terminal experience.