There are 5 episodes with tag 'command-line'   Clear search
#468 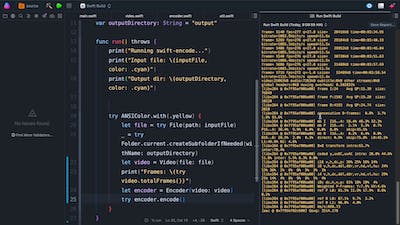 When dealing with long running tasks it would be nice to be able to gather output as the task runs and not hang until the entire process is done. In this episode we will extract some useful information out of ffprobe, so we can get the total number of frames in a video file, and then kick off ffmpeg to encode the video. We'll use the Subprocess package to provide a simpler interface over gathering output from a pipe as it is sent, rather than waiting for the end.
#466 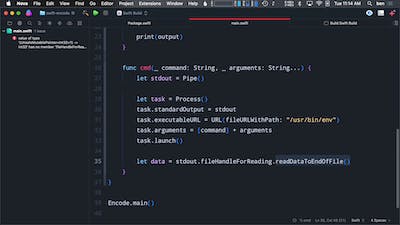 In this episode we will launch other programs as sub processes and show how to capture its output.
#465 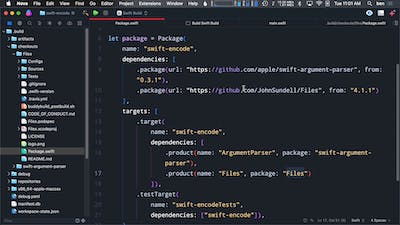 Working with files and folders with FileManager is cumbersome. Instead we'll lean on the excellent Files package from John Sundell.
#370

Usually I lean on Ruby or Bash for writing command line scripts, but it is becoming increasingly more viable to use Swift for this as well. In the Vapor series, I wanted to write a little script (in Swift) that would generate migration files for me so I wouldn’t have to maintain this myself. For this, I used the Marathon tool, which helps alleviate some of the machinery necessary to use Swift in this way. And what better way to explore this tool than with this author guiding me along. John Sundell joins me in this episode to use Marathon and Swift to write a useful script for Vapor applications. This is a longer episode, so it is split into two parts. Enjoy!